Have a great idea you want to kick around? Let's hear about it!

Hi I am Tales and I am new to this board.

Currently I am writing a sci fiction story that takes place on a fictional island which only appears later. But the creatures in fact members of a family that make up 40% of all mammalian species. 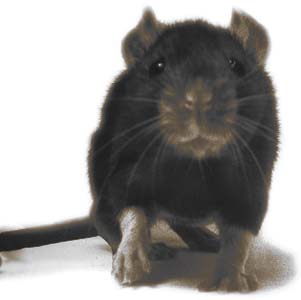 But I just need some opinions on whether this idea is original and also how to go about making this story tug at that right emotions that I want to convey. Also I need anyone with a good science knowledge to see whether my creatures designs would be plausible.

Is it similar to Watership Downs? if not in actual plot then in tone? What about Animal Farm? The rodents evolve into sentience? I know there was an old SF novel about ants... the ant planet, but I can't remember what it was. So that's all I have.
Top

Err no it's not Watership Downs

It's a lot more serious than that. In fact expect something that most people haven't seen in science fiction. Ever heard of an ecology that is dominated by rodents... I hopefully no one has done that before. Also despite all the monster stuff of the rodents, there is a strong environmentist message in the story. All 3 stories are mirrors of what we have done in the past to island habitats. And the creatures despite being rodents, their body anatomy depending on the species. resemble a mix of dinosaur/pterosaur/other mammal families like carnivoran, insectivores, ungulates and more.

Sounds like a unique idea. I'd like to see where you take it. I think a key challenge for you will be keeping it Science Fiction and not drifting into Fantasy. So for example if there is an alternate evolution that accounts for these animals you will need to be sure it is at least reasonably possibly given their genetics and environment.
Top

Sounds like an interesting story. Um...will there be population control? LOL
Top

If anyone can get words associated with rodents, Be my guests.

But I am stuck due to story problems and believability. Hopefully you guys can help out...

Basically it's a darker version of Lilo and Stitch.

If you can be a more specific about what you are stuck on we might be able to give better advice because improving believability will depend a lot on the premise of the story and what you have done already. For example, I'm a little confused by your second post...is this horror? Are they aliens that look similar to earth rodents? Or were you just using the alien and Lilo and Stitch references as an example?
Top

Lilo and Stitch and the first Alien are just references as to the feel of the story. The creature is a predator rodent from some uncharted offshore island. It looks very alien becos it's changed a lot from the normal rodent anatomy. But if you look at its X-ray you will know it's a rodent.

Well basically this is how the first story starts

A strange bizarre creature was smuggled into Australia. On the way, the creature using its gnawing teeth managed to escape from captivity into a urban town. The question here is why did the people want to smuggle this creature into Australia?

The protagonist is very similar to Lilo except she's chinese. She trying to get use to her new Australian home and the people there. Now the problem is what kinda things she will face from a foreign community. She's new and totally oddball in terms of character. I have never been to Australia before so this is one big headache.

Now the problem is how is the creature going to interact with the towns people.

Why have it set in Australia at all? If you aren't familiar with it and that is causing you difficulty why not have the girl be Australian and living in Singapore?

As for why they would smuggle it in, yeah you need to answer that one! If its is a new species, one that seems to be intelligent or able to communicate then it could simply be an attempt to exploit that for profit. Like how they took King Kong to New York to put him on display. Or because they want to sell it to a lab or something.
Top

Well okay there are good reasons why I chose Australia

First of all, I have relatives there and some Singaporeans love migrating there I just need to see who can be contactable. But this is not too much of a problem but it can be bugging.

Second reason is the location of the island where the creature comes from.

According to extensive research without the help of humans, rodents would never got to islands far away like New Zealand, Easter Island and Hawaii.etc. My Island would need to be far far away from most human populated continents so that even prehistoric, medieval or sailors in the Age of Sail or modern would never dream of looking in that direction.

Sounds contradicting? But wait I have more

Another reason for be so close to australia is due to even more research. Rodent despite never be able to reach distant lslands, had reached Australia!

And also marsupial and even avian species even wind up in places like New Guinea! And similar species were found in Australia too! I did some geography research and to my shock; the reason is that Australia and some indonesian islands were kinda connected via land bridges in the last Ice Age.
Here's a what I found out
Map of Indonesia in last Ice Age

But then in the Age of Man, it's now like this...
Today

Theory 1: Drift Wood Migration= based on New Zealand environmental tragedy and Madagascar
The rodents drifted from the earthquake prone Sunda Shelf which included Indonesia in the past. Perhaps in the past, a Kratatoa like eruption or another natural disaster had send a substantial amount of rodents onto the "virgin" Gnaw Island via driftwood like the lemurs reaching Madagascar. "Virgin" Gnaw Island probably like New Zealand had an avian-dominated ecosystem. But once the rodents drifted there, being rodents they ate all of the native avian fauna to extinction. It is suspected that the rodents that drift there were from the Sciuridae[squirrels] stock as even the flying species of avians were not spared either.
[Squirrels have been known to eat insects, eggs, small birds, snakes and rodents].

Theory 2: Part of the Sunda Shelf or Zealandia= New Caledonia
Taking from the Sunda Shelf map, it is possible that the island was once like New Caledonia, part of the super continent Gondwana. But then it's more likely that the island might have mammalian fauna instead of merely reptile and avian fauna of New Caledonia. It's possible that the rodents took over as the original carnivoran or ungulate inhabitants died off. This absence of carnivorans and ungulates, rodent adaptability and island gigantism can account for the large size of the rodents.

Sorry if I detoured... this is what I was gathered over last year and I can see the evolutionary potential of rodents.

Monster kills people, Hero comes to slay the beast. I was thinking maybe the beast becomes the unsung hero of the story so I think I need some help on this. The creature will have to die so the protagonist will remember her "alien" friend. But since she's an zoology geek, when it dies she suspected that her friend is a rodent becos of the incisor teeth.

Well you have certainly done the research!

From what you have said thus far I'm getting a feeling that you haven't nailed down your creature completely enough to give you a solid footing for the rest of your story. Anytime you create any new form of life I think your first step needs to be writing the most detailed character profile you can possibly create. This becomes even more important when dealing with an alternative evolution such as your rodent because you need to be able to alter the reader's preconceived notions of what a "rodent" is in a believable way. Don't focus solely on physical looks. Think about personality traits, his weaknesses and strengths, his fears and desires, etc. This then becomes your guide to keep your story plausible and consistent.

So lets consider a couple of simple examples:

EXAMPLE 1:
Your character description says that he walks upright (i.e. on two legs), has become gigantic for a rodent species, and because of its tropical location has evolved to be mostly hairless. As a result it looks human enough that, especially once dressed in human clothing, it can easily pass cursory examination enabling it to be among humans without attracting much attention. You have made it fairly intelligent, able to use simple tools but not complex machinery like a car. It can learn to understand human speech but cannot form human words.

EXAMPLE 2:
Your character description say that he mostly travels on all fours but can stand or walk upright for brief periods. Although giant he is still mostly furry. Because of these traits humans instantly take notice and know its something other than human even if they can't quite tell that its a rodent. You have made it more instinct driven than intelligent, and it is unable to use tools. It can not grasp human speech in any way.

So what might happen if a ship finds this island and encounters each of these creatures? If they find character 1 they may think its a castaway, perhaps shipwrecked as a child which is why he cannot speak and is rather wild. They could willing take him back to civilization with them ignorant of his true identity. If they instead find character 2 they may capture it to take it back as a curiosity to sell. Character 1 might approach its new surroundings in Australia with wonderment excited by all there is to see. Character 2 might be terrified by those surroundings, instinctively seeking out places to hide. In short, how you have defined your creature will turn define how the story is told.

Also consider the point of view. You mention the girl as being the protagonist. So is the story primarily about her experiences and the rodent is someone she encounters, or is it about the rodent's experience and she is someone he encounters? Again, this can have a large impact on how the story develops.

So my question for you is how will your personal vision of your rodent species help to define your story? When you look at the elements you have already written/outlined/imagined are they all consistent with that vision?
Top

But I think the first story, the creature smuggled is a rodent but it takes the role of the wolf in N.America or hunting dog in Africa and has similar lifestyles; pack hunter, social and fast. Like nocturnal creatures of Gnaw Island, the creature has eyesight that is poor as a myopic human. But its hearing is superb and it uses echolocation to hunt large herbivores at night. Its legs are like that of a kangaroo and has a enlarged claw which it uses to hook on to its prey and defend itself. It's forelimbs also resemble the kangaroo's back legs so it actually hops like a "Kangaroo with 4 legs"

A community to discuss the media
Top
Post Reply
46 posts

Return to “Suggestions and Ideas”